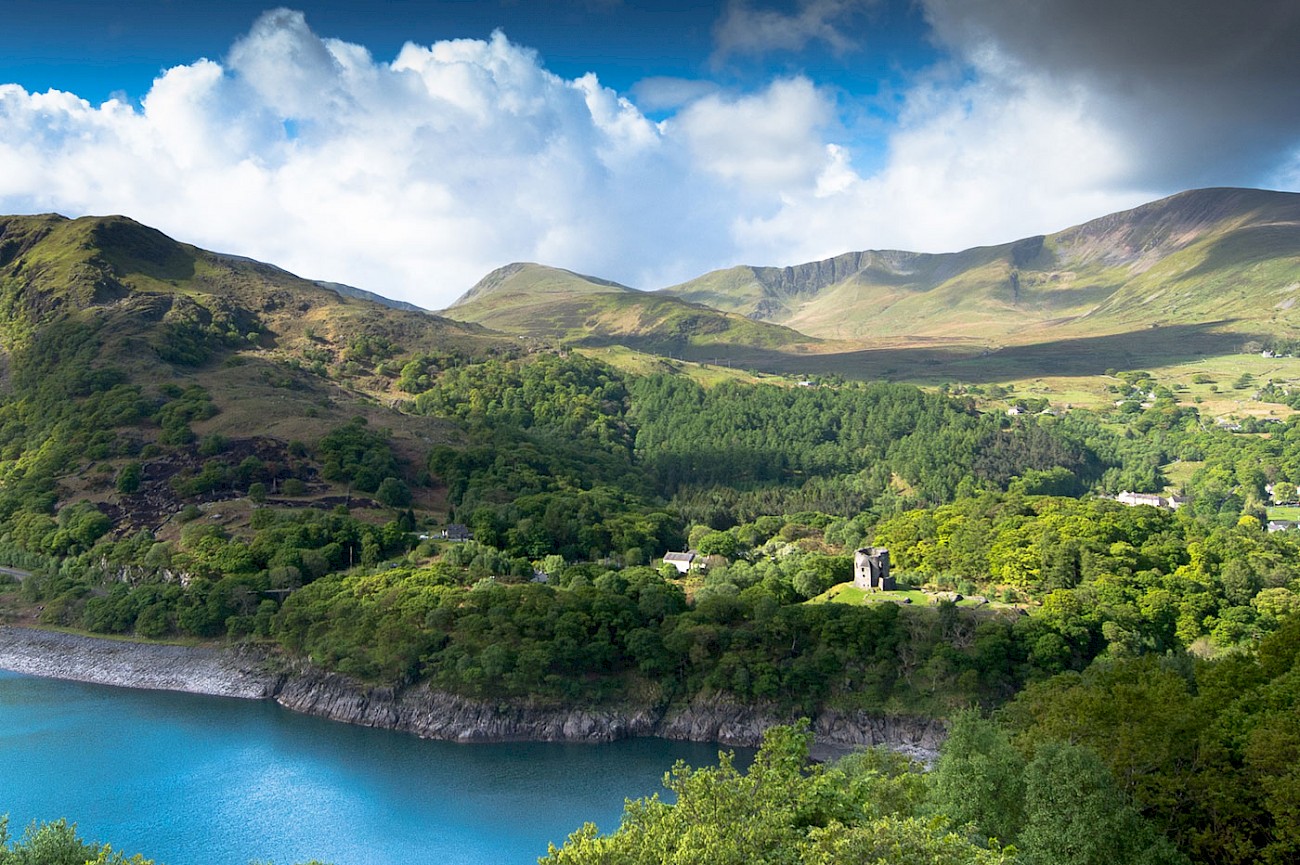 Dinorwig and Ffestiniog Power Stations are on the boundary of the Snowdonia National Park - an area universally recognised for its breathtaking beauty. Naturally, any major construction scheme would have to blend in with the landscape and precious wildlife habitats.

Both power stations are located on sites within landscapes of historic interest in Wales. The sites are termed Dinorwig and Blaenau Ffestiniog by the CCW (Country Side Commission for Wales).

DINORWIG
Dinorwig Power Station has been constructed on the site of the Dinorwig slate quarries which closed in the 1960’s. The slate tips were relocated to improve the aesthetic value of the area and the plant was constructed within the Elidir Fawr Mountain. The Elidir Fawr Mountain now forms part of the Eryri SAC. A proportion of the site is within the Snowdonia National Park and, similarly to Ffestiniog, is sheep grazed upland grassland and old slate quarries. The site comprises of the upper and lower reservoirs and associated dams, Llyn Marchlyn and Llyn Peris respectively. Above ground structures include the administration complex and security gatehouse. First Hydro Company also own and manage a small area of land on the outskirts of Nant Peris as a biodiversity park, where habitat creation schemes have been encouraged. A geological SSSI is located along the shores of Llyn Peris, showing the results of glaciation. Llyn Padarn, the lake into which Dinorwig releases excess water, is also a SSSI.

Following construction, native ground cover - including grasses, shrubs and wildflowers - were carefully replaced after the building works were complete. Local stone and slate (much of which was reclaimed from old quarry buildings) were used in the construction of external facings, walls and buildings.

One of the main environmental problems that faced scientists was how to ensure the protection of the Welsh Arctic Charr, a native to Llyn Peris. This rare fish is found in only four lakes throughout Wales. A programme was devised to ensure safe relocation to Ffynnon Llungwy; a nearby glacial lake.

The habits and well-being of aquatic species are observed in both Llyn Peris and Marchlyn Mawr. The native populations of salmon, trout and fresh water lamprey have open access to their chosen spawning grounds all year round.

FFESTINIOG
The environmental effect of building a hydro-electric scheme in an area of such natural beauty was central in each decision-making stage. The site at Ffestiniog lies within the upland grasslands of the Moelwyns. Relics of the slate and metal mining industry are apparent within the landscape. Local farmers let grazing rights for sheep. The site comprises of the upper and lower reservoirs and associated dams, Llyn Stwlan and Llyn Tan-y-Grisiau respectively, and the power station complex. There is one geological Site of Special Scientific Interest (SSSI) located between the two reservoirs.

One of the most fundamental problems for the architects and engineers to overcome was how to dispose of approximately one million tonnes of rock excavated during construction.

Sites were chosen where the rock could be dispersed around the contours of the local landscape. Indigenous grasses, trees and shrubs were then planted to enhance the area. Buildings and walls within the station complex have been constructed from local stone, slate and other natural materials.

Much is done to preserve the rich and varied natural life that surrounds the power station. On the slopes leading to Stwlan Dam purple bell heather covers the mountainside providing a haven for a diverse range of insects, bees and butterflies during the summer months.

The area offers a natural habitat for many of Britain's less common bird species - stonechats, pipits, tree creepers, peregrine falcons and wheateaters amongst them.